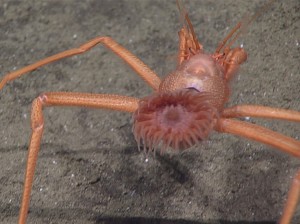 One Response to Deep sea exploration in the Marianas