A bird species has just been wiped off the face of the earth. It has been confirmed by the Scientific American that the Alaotra grebe (Tachybaptus rufolavatus), a native inhabitant to Lake Alaotra on the East African island of Madagascar has been wiped out mainly by the invasive snakehead murrel, a carnivorous fish introduced into the area. 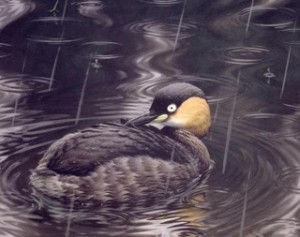 This is an example of what invasive species can do to local inhabitants of an area, but this is not the only way animals could go extinct. Deforestation, terrestrial mining for mineral and petroleum deposits, urbanisation, damming of rivers, overfisfing, etc. all contribute to the loss of habitat for different animals putting them under pressure of extinction.

Of course it is a prerequisite of many governments, organisations and environmental groups that an Environmental Impact Strategy be approved before any development starts but do these Environmental Impact Strategies really prepare both parties for disasters like the recent Gulf of Mexico Oil Spill? The Gulf Oil Spill is already being compared to the Exxon Valdez spill of March 1989, where the Exxon Valdez, the newest member of Exxon’s shipping fleet hit a reef and spilled some 10.8 million gallons of crude oil into the Prince William Sound. Unlike the Prince William Sound, the Gulf is surrounded by land with a one way traffic for both the currents and marine mammal/fish migration routes so effects on these animals would be far more than that of the Exxon Valdez spill. Among the 10 animals most at risk from the Gulf Oil Spill, are sea turtles and North Atlantic Bluefin tuna.

This brings me to my point, our impact on the planet is sure to drive many other animals extinct and disasters like this are not helping in any way. While some people are stepping back to look at alternate means it appears the weight is already on the opposite side and the seesaw is tiling in the opposite direction. Well, if the worst comes to the worst and we lose our Tuna and sea turtles, I know I wont be missing out on anything. In fact, I am looking forward to the day I tell my children what Tuna tasted like, or how the sea turtles looks dont really depict their taste.